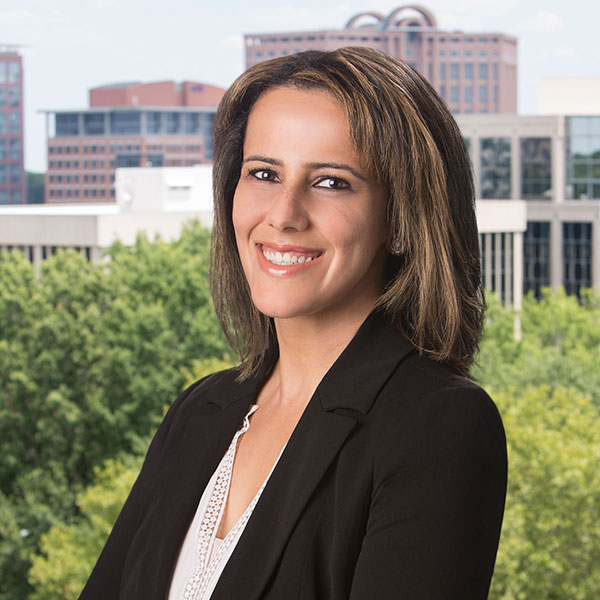 Mariam represents a wide variety of business and individual clients in state and federal courts in Virginia, Maryland and the District of Columbia. She regularly handles business litigation, such as shareholder disputes, breach of contract claims, non-compete disputes, and dissolution-related disputes, as well as estate disputes, including trust-related and will-related litigation. Mariam has also litigated cases on behalf of numerous government contractors.
Mariam has argued before the Fourth Circuit, the Virginia Supreme Court and the Maryland Court of Special Appeals. She has earned the AV® Preeminent™ Peer Review rating from Martindale-Hubbell.

• Obtained dismissal of claims against former employee for breach of fiduciary duty, tortious interference with contract, violations of the Virginia Trade Secrets Act and conspiracy.

• Obtained dismissal of a claim against a creditor challenging the validity of the creditor’s mortgage. The court awarded the lender the entirety of its attorneys’ fees in having to defend the dispute.
• Successfully represented partners seeking to have the court confirm that they were the managing partners of the partnership.
• Regularly defends employees in litigation involving non-competition and non-solicitation agreements and routinely advises clients regarding the enforceability and parameters of non-competition agreements.

• Mediated and negotiated resolution several contract claims between government contractors ranging from $600,000 to $10,000,000.
• Obtained dismissal of conspiracy, defamation and malicious prosecution action lodged against defendant who reported alleged crimes to a military tribunal.
• Represented clients in Freedom of Information Act litigation, including arguing before the Fourth Circuit Court of Appeals.
• Represented clients in proceedings before the Surface Transportation Board;

• Successfully mediated dispute regarding violations of the Fair Credit Reporting Act and has worked with other clients to resolve credit reporting errors, including obtaining deletion of negative trade lines in credit reports.