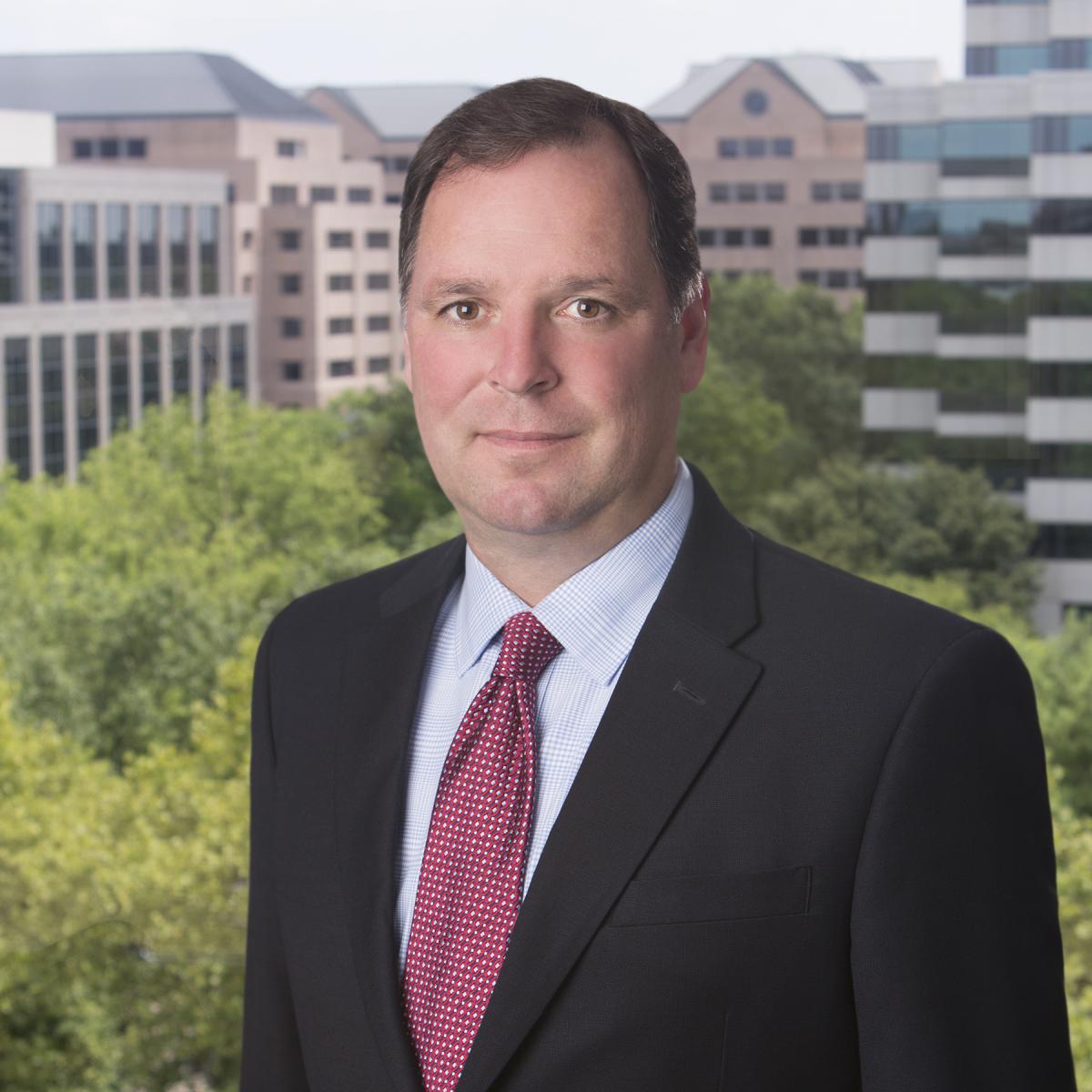 Mark Graham is the co-chairman of the Rees Broome litigation department. Mark began his legal career as one of the founding members of the Washington & Lee University School of Law Black Lung Law Clinic, which represents individuals stricken by and/or families affected by Coal Workers Pneumoconiosis.

After law school, Mark clerked for the Honorable Robert W. Wooldridge, Jr. of the Circuit Court of Fairfax County, which exposed him to one of the most active civil and criminal dockets in the United States. Mark’s clerkship with Judge Wooldridge exposed him to all aspects of Virginia civil and criminal procedure, as well as connected Mark to the local state and federal bar associations.

Mark joined Rees Broome, P.C. in the Fall of 1998 and focused on the representation of design professionals (architects, engineers, etc.). Mark was active in the Fairfax Bar Association, serving as the chair of the FBA Membership Committee and the Vice-Chair of the Circuit Court Committee. In addition, Mark litigated commercial disputes, business tort cases, construction defect matters and other civil matters in the state and federal courts throughout the Northern Virginia, Maryland and Washington, DC area.

Mark was named a shareholder in 2003 and now serves as a member of the firm’s Executive Committee.

Mark is an innovative, practical, results oriented problem solver. He focuses on the specific objectives of his clients and creatively and cooperatively works to achieve equitable, common sense results. Mark has litigated, arbitrated, mediated and otherwise resolved cases throughout the Commonwealth of Virginia, as well as Maryland and the District of Columbia.

Resolutions that Mark has reached in concert with his clients include:

• Obtaining @$1.6 million dollars in judgments and awards on behalf of a civil engineering firm related to developments in Northern Virginia and a complex, construction project in Qatar that involved numerous, multi-national entities and claims for copyright infringement; breach of contract, quantum meruit;
• Obtaining preliminary and permanent injunctive relief on behalf of multiple clients for acts of trademark infringement and dilution, unfair competition, false advertising and cybersquatting in violation of United States law.
• The successful prosecution of an insurer’s wrongful refusal to assume its duty to defend a community association, including a decision by the United States Court of Appeals for the Fourth Circuit’s reversal of a decision made by the United States District Court for the Eastern District of Virginia;
• An approximately $866,000.00 settlement in favor of a regional floor installation company related to the provision of defective product by an international supplier;
• The dismissal at trial of a multi-count claims against a Community Association seeking injunctive, declaratory relief and hundreds of thousands of dollars based upon claims for violation of the Virginia Property Owners Association Act, tortious interference and slander of title
• The successful resolution of numerous Condominium Warranty Defect claims resulting in substantial monetary payments and/or remedial work by Developers by virtue of mediation, arbitration and/or litigation instituted against Developers;
• The negotiation of buy-backs by Developers/Builders of Condominiums and Homes based upon violations of the Interstate Land Sales Act and/or substantial construction defects;
• The dismissal of a Virginia based engineering firm from litigation related to revitalization of a military base in Meridian, Mississippi.
• The dismissal of claims against design professionals throughout the Commonwealth of Virginia based upon the assertion of the economic loss doctrine.

In addition to these and other resolutions, Mark has been involved in cases resulting in both published and unpublished opinions by State and Federal Courts, including:

Elected to “Virginia’s Superlawyers” in the area of Construction Litigation